During the Bi Gu, one may experience these 3 states: Xu Ling (虚灵), Ling Shen (灵神), Ling Ming (灵明). Ling Ming (灵明) means that the Ling is in front, followed by the Shen. This state is attained with the assistance of the sun and moon. Modern man may say that this is superstition but they fail to realize that they engage in a similar activity when they sun bathe.

Shen Ling (神灵): like a crying child, it may run around but there are methods to call back the Shen Ling.

Xu Ling (虚灵) is not inside our body but outside, appearing and disappearing in front of our eyes. The Taoists and Buddhists have developed methods to address this although the sequence of the proposed method is different. The Buddhists attempt to stabilize the body first before allowing the Xu Ling to appear. The Taoists focus on allowing the Xu Ling to appear first by opening the Tian Mu Xue (天目穴). Xu Ling has her own movements and is not easily captured. In the classic diagram on the spiritual path (修真图), it is depicted as an ape and horse. For instance during the An Shen Zu Qiao (安神祖窍) practice, the appearance of the light is most times unpredictable; it comes and goes without your conscious control. This is how the Xu Ling shows herself. When the Xu Ling appears, the Ling Shen is also present, i.e. the Ling is in front and the Shen is behind. But in order to use the Shen to capture the Ling, the Ling must be clear, and the Shen must be totally clear as to how to capture, which direction and position to capture, how to select and adjust to the ideal position.

Most people will feel very hungry on the first day of the Bi Gu but on the second day they will feel much better. Although there is not much feeling, there still is some movement and one cannot consciously stop and control this movement. This is also another way the Xu Ling moves.

After several days of fasting, the body will be empty and you will experience some movements but you may not be able to stand up. You attempt to control these movements but fail to do so – this is a sign that Xu Ling is reappearing again but Xu Ling is scattered all over the body and not concentrated on one spot or area yet. The Shen in the body is conflicted with Xu Ling and would push you to eat as soon as you set sight on any food. Most people are not able to work through this stage to see the Xu Ling, i.e., they would stop fasting.

In ancient times, practitioners who wanted to practice the Secret of the Golden Flower (太乙金华宗旨) had to do a lot of preparatory work, starting with a 21-day fasting retreat. Only after the Xu Ling had appeared (虚灵再现), the Ling Shen congealed (灵神之聚) and the Shen Ming appeared (神明之现), could the practitioner begin practicing the Secret of the Golden Flower material. The 21-day fasting period is divided into 3 stages. The first 7 days is to maintain silence and stop all intake of food and fluids. It is not permitted for practitioners to have direct eye contact with anyone so he must lower his head when walking around. This is because our mouths verbalize most things that are in our heart. So the idea is to discipline the mouth, which includes not eating anything (severing from the Shi Shen (断食神) and resulting in the reappearance of the Xu Ling). We may feel weak physically but can still move around and make movements freely and consciously. If we can perceive slight movements even when we sleep, then it is a good sign.

One of the key advantages of a Bi Gu is to clean up what is weak and not beneficial inside our bodies, thereby leaving behind the fittest cells. Taoists speak of the 3 corpses and 9 parasites (三尸九虫) which are a constant threat to our bodies. There exist 3 parasites within each corpse. The upper corpse affects our mental faculties and Shen Qi (神气); the middle corpse affects our reincarnation outcomes or genetics; the lower corpse causes all sorts of disease and ailments which is the main impediment to longevity. Most if not all of us have used up most of the best resources and aspects of ourselves with little or no consideration to future generations. We are not referring to physical attributes or the state of the physical body; we are referring to the quality of our inner world. Reincarnation energy is concentrated in the Middle Space (Chest cavity or Zhong Tian) and we are not able to cleanse away these energies. And since there is a physical heart within this space, the middle corpse takes root and appears.

This site uses Akismet to reduce spam. Learn how your comment data is processed. 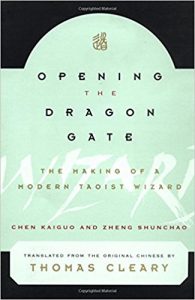